Who is at fault

Walked outside this morning after work, started the jeep up, and let the defrosters go to town on the crap Mother Nature dropped on it all night. While waiting outside, chatting to another night shifter, we see a third employee attempt to leave the parking lot. The driveway has a steep grade down to the road. He tried stopping near the bottom, but unfortunately slid out past the end. He did end up stopping before hitting the active driving lane.(Mother Nature is evil!) A car was heading past, the driver hit the brakes probably thinking this guy would end up in her lane, her car skidded right into his. His bumper was ripped off, hers looks like someone took an industrial can opener to it. The other employee and I both looked at each other, and figured we'd be here a while waiting for the police.(since they were blocking the only exit, we didn't have much choice) Ten minutes later they both get in their respective vehicles and leave.

The next night we talk to the guy and ask him why no one bothered calling it in. He said he didn't want a hit to his insurance premiums, and it turns out she not only did not have insurance, which is required by law in Witchsconsin, but had a suspended license.

I understand feeling bad for someone, no insurance, no license, who is at fault is dicey to say the least (I would still blame Mother Nature personally), but my biggest issue with this whole situation is, someone lost their license for a reason, and will more than likely continue driving. If you don't have a license, or it's been suspended for whatever reason... Stay the heck OFF the road. You're either a drinker, have a lead foot, can't keep it between the ditches, or somewhere, someone in law enforcement has a nice legal letter, with your name on the top.

I saw this in my spam folder, and just had to share. I got the biggest chuckle out of it. Pay close attention to the dollar amount they claim to be sending.

(click to enlarge)
Happy Tuesday :D
At least I think it is Tuesday....

Posted by Easily Lost at 8:58 AM No comments: 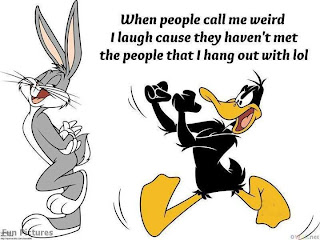 Got bored tonight, so I decided to take this goofy test. Here are the results.

You are more left-brained than right-brained. Your left brain controls the right side of your body. In addition to being known as left-brained, you are also known as a critical thinker who uses logic and sense to collect information. You are able to retain this information through the use of numbers, words, and symbols. You usually only see parts of the "whole" picture, but this is what guides you step-by-step in a logical manner to your conclusion. Concise words, numerical and written formulas and technological systems are often forms of expression for you. Some occupations usually held by a left-brained person include a lab scientist, banker, judge, lawyer, mathematician, librarian, and skating judge.

Your left brain/right brain percentage was calculated by combining the individual scores of each half's sub-categories. They are as follows:

So where does your brain fall? The link can be found HERE.
Posted by Easily Lost at 3:16 AM 1 comment:

Reading the news over the last few days has made me question... am I even on the same planet anymore.