Well this about sums it up 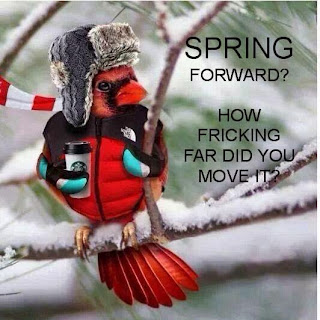 Posted by Easily Lost at 1:37 AM No comments:

Each year, about this time, people start talking about the flowers they see poking through the ground. Here at the Lost household, we do things a little differently. You can tell spring is on the way when you see... 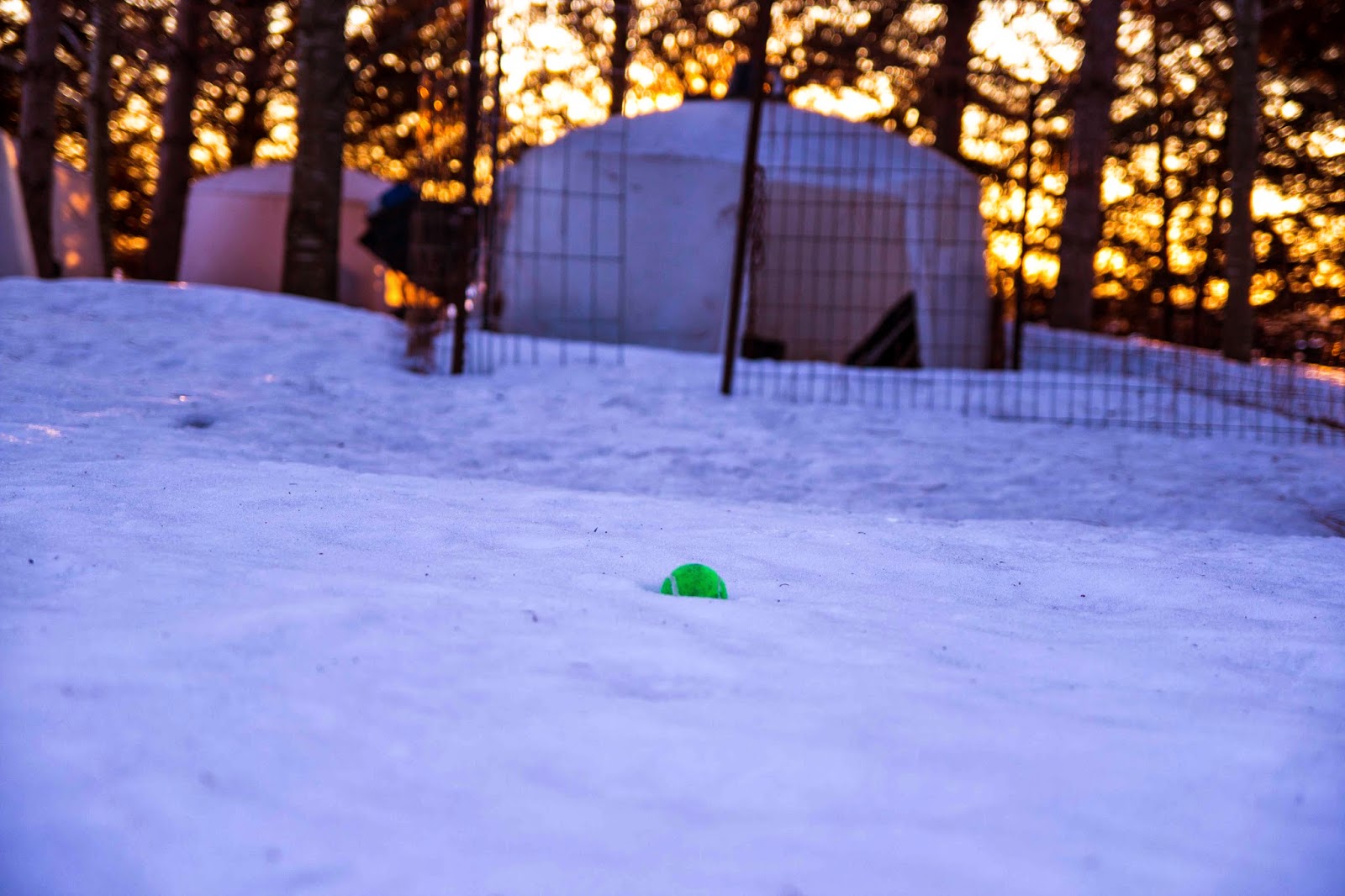 Yes, that is indeed a tennis ball. Every winter we lose about 4 dozen of them, somewhere in the yard. Every spring, as the snow starts to melt, they pop up like brightly colored flowers, waiting to be picked (up). And that, my friends, is how I know spring is on the way.

Contrary to the following 3 day forecast that is... 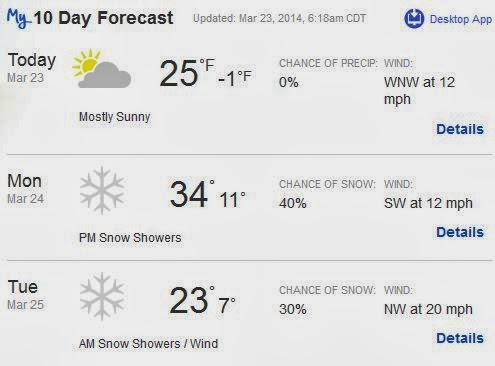 Posted by Easily Lost at 7:34 AM No comments:

Apparently the kitten was not happy with just the dog's food bowl. He has now laid claim to one of the dog's toys. As you can see, the stuffed bone is bigger than he is. 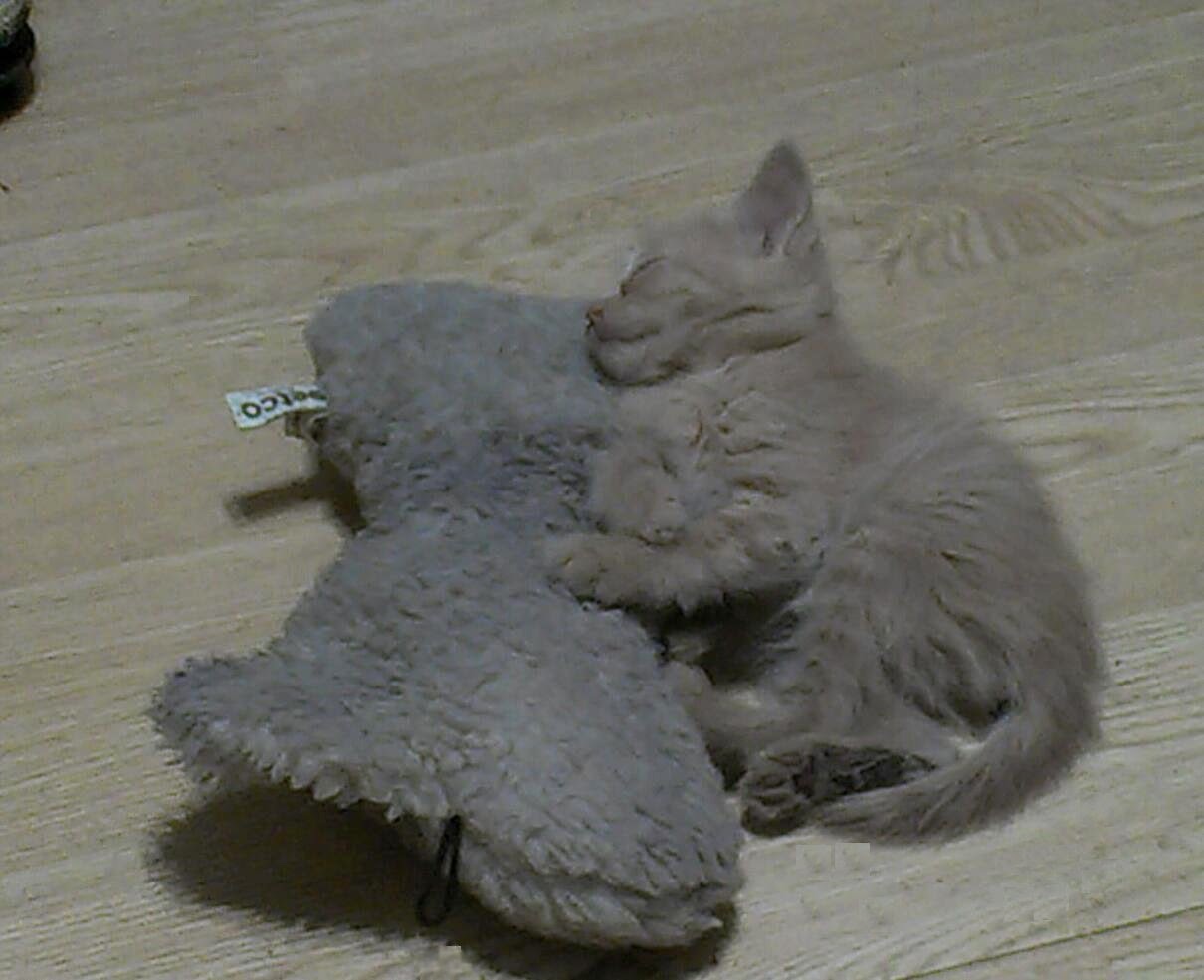 Some kittens don't realize how close to becoming a snack they come. My chocolate lab is pretty laid back with the furry felines, but playing in his food dish is not the smartest move to make. 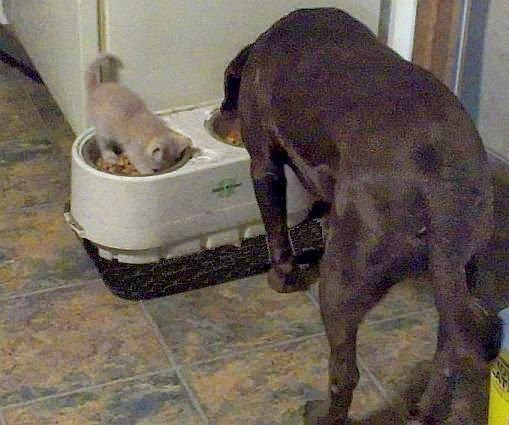 Posted by Easily Lost at 5:13 AM No comments:

"LSD makes users lose weight"
...That makes sense, it's kinda hard to get to the fridge when there's a dragon guarding it.
Posted by Easily Lost at 7:25 AM No comments:

I came across this today Police ticket toddler in toy car  and had so many thoughts cross my little kitty mind.
Was she wearing a seat belt? Was she drinking and driving? Did she have insurance? How will the PD spend the windfall from that ticket? How many points did that cost her? Isn't the officer afraid of being accused of racial profiling. And the final question.... How many idiots thought those were serious questions?

It is wonderful to see LEOs take time to connect with residents of the areas they patrol, especially the children. And that stories like this are put out there, so more people realize Cops are not the heartless gunslingers some people think they are, who only show up when something bad goes down. I am betting that "ticket" gets framed, and put on her bedroom wall. I know that's what I would have done.
Posted by Easily Lost at 12:29 AM 3 comments:

Diversity, I haz it.

Last week Thursday I had a new temp to break in. After the boss showed him around the plant, he brought him back to me. Guy says "well this job doesn't look that hard" Boss tells him it's a very easy job, then says "Want to know the hardest job in this whole plant? Working with her... "(as he points to me) Sighsssssssss, I guess it beats his normal line of "don't let her make you cry, like she made me cry." This one lasted until 0130, a whopping 7.5 hours out of twelve.(apparently he left because I yelled at him, for breaking safety protocol, after telling him twice before that)

Boss comes in the next morning, I explain what went on that night, he laughs and says ok I'll find another one.

So Tuesday night (yesterday), I get yet another new temp. And I start thinking back over the last few years that I have been training them, and I realized something, I have had darn near every type of person as a temp at one point or another. (Yes I have trained a lot of temps) The following is a list of the type of people I have trained, or attempted to train. Some went on to get hired, some quit, and others were let go, for one reason or another.

So back to last night. I was wondering what type of person was left. I thought long and hard before I was introduced to him. The first words out of his mouth were "I just want to be up front with you about this, I'm an ex-con, and I did 7 years in prison."

I should have guessed...
Posted by Easily Lost at 8:47 AM No comments: