The house was pretty much trashed once they were done, but it was worth seeing Tucker, the chocolate Lab, initiating play with the new puppy, after 3 weeks of wondering if he would take his head off. Stanley, the yellow Lab, had no issues adjusting to the new puppy.

Here are a few stills of the new puppy. 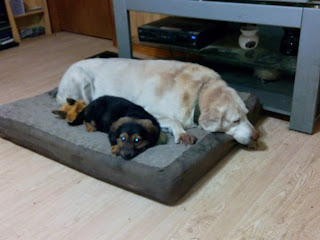 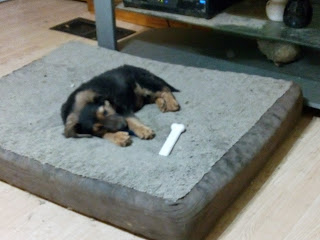 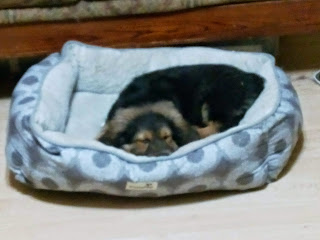 Now, if I could just teach them to wipe their paws, before coming in from outside, and pick up everything they shred....

I figured I would share some sticker shock with y'all.

I wonder if this is a post surgical stress test, or what!

I read this post today, and felt an immediate need to not only share the link, but do an in-depth comment. He hit the nail so squarely on the head, I am surprised it didn't explode.

Those are emotionally fragile Miranda walkers. Because anything you say "can, and will be used against you." Political correctness has crippled this society. People need to not only grow up (mature), but get a backbone also. They need to stop dispensing Prozac as a "cure", and start pushing therapy, so people learn to deal with unpleasant situations, not just cover them up with false feelings of happiness. Now, I realize there are people out there, who truly have lived through something so traumatic they require extra help in the form of a prescription, but this should be a temporary measure, not a lifelong fix. We have created a massive zombie society. They can't handle anything that might hurt their little feelings. If it bothers them in the slightest they need drugs to make it all better. On top of that, they demand new laws to stop whatever word/situation caused them such emotional harm. Then come the lawsuits.  Our courts are being inundated with frivolous lawsuits. And hate crime enhancers, because this whole everyone is created equal is just a load of nonsense to some. Time to put on your big-boy pants America.